Saitama To Be Back With One Punch Man Season 3; Who’s Going To Win The ‘Punch’ War?

One of the most famous Japanese superhero anime characters, Saitama– Our ‘One-Punch Man,’ is all set to come back with a new season of One Punch Man on Netflix, much to the fans’ excitement. The Manga series rose to fame with its first season itself that followed the journey of Saitama, who’s an unconventional superhero with no prolonged fights like the other superheroes. His one punch is enough to knock down all his opponents, making all the girls swoon over him.

"I'm looking forward to my next strong enemy." – Saitama

When Is It Coming On Screens?

There hasn’t been any official announcement by Netflix, but we are certain that there’s a new season on board- there isn’t any reason for a no anyway. Right from the epic fame to the show got to the fanbase, which keeps on demanding for a new season- we are certain the team isn’t going to pull off the show so quickly.

"What did she say?" – Saitama #OPMemes

However, late 2021 is taken as the year for release owing to the pandemic ruckus created all around the world.

A lot of fans have been asking about the trailer, which unfortunately hasn’t yet been released. We are just waiting for the official announcement of season three, and then we all can wait for the trailer with a content heart, no?

The third season is going to embark on a journey left by its predecessor. The season will witness a war between The Heroes Association and the Monster Association, culminating in a heaty war between the two. 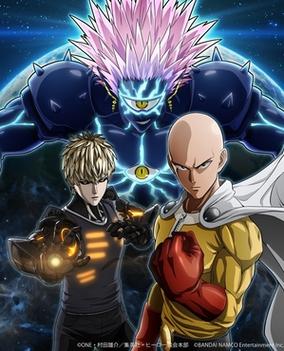 It is going to be an action-filled season for the viewers, and a lot more focus will be on Gorui and Child Emperor and a lot more mysteries to come up in the open.