Are you a Peaky Blinder fan?  Well,  let me tell you that season 6 is on the way to arrive at the streaming services. The Peaky Blinder director hints out a familiar face to come up in season 6.

Princess Tatiana Petrovna from season 3, by Gaite Jansen, is most likely to land in season 6. However, it is not confirmed verbally in any public platform, Anthony Byrne. That is currently directing the Peaky Blinders Season 6. And it has hinted a bit on her come back to the show.

What Made Tatiana’s Comeback?:

The director watched the previous seasons and found out how witty the character of Tatiana is. She appeared in the show when she was dragged to the Shelby’s by a Birmingham Policeman named Sergeant Moss.

The princess targets the main character of the show who is Tommy Shelby,  featuring  Cillian Murphey and his wife Grace, featuring Anabelle Wallis.

Grace and Tommy in season one. 💕 What's your favourite moment between the pair? #PeakyBlinders • 📷 @robertviglasky

She approaches Tommy in the Charity Foundation Dinner and tells him that the necklace. However, that hangs in his wife’s neck and gets curse by a gipsy. And she would never consider wearing it.

Whereas, after listening to this, Tommy removes the necklace. However, Grace is shot dead by a bullet from the gun. However, she also set fire in Tommy’s life by taking away from him one person he loved the most. Tatiana tried to seduce Tommy to bring him out of the pain of Grace’s death.

Happy #FathersDay from #PeakyBlinders. This lovely shot of Tommy with his son Charlie was taken by @robertviglasky. 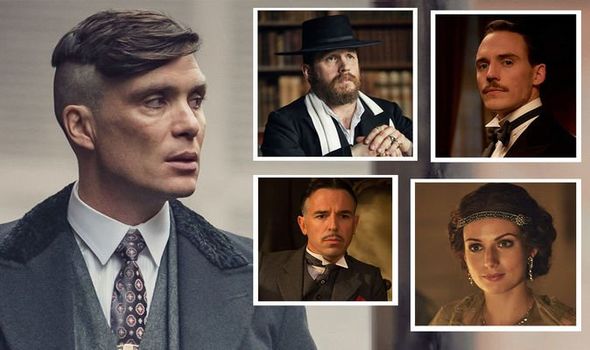 Tommy’s base in the show is no more strength. And to bring out some strength in the story, Tatiana may return. However, the director has never worked with the actress. He is quite amazed by the character of Tatiana. Besides, he has never come across a woman who is such witty and unpredictable. Thus this could be a game-changer move.