The Inner Sane
Home TIS EXCLUSIVES With Margot Robbie Being Cast In Pirates Of Caribbean, Fans Call-Out for...
TIS EXCLUSIVES

With Margot Robbie Being Cast In Pirates Of Caribbean, Fans Call-Out for Johnny Depp’s Role-Reprisal

Recently news about Margot Robbie being cast as the new face of Pirates of the Caribbean has been making round son the internet. While fans, on the one hand, are going gag over Robbie making her rounds in the world acclaimed Disney franchise. But on the other hand, fans are dismayed at the fact that they won’t be seeing Johnny Depp. 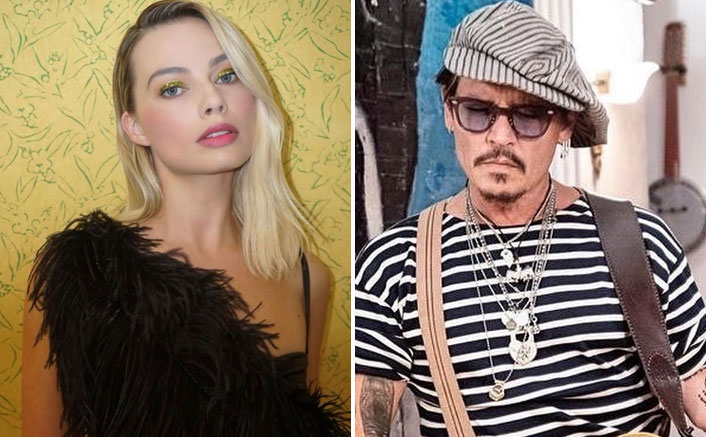 Most of it because of Johnny Depp’s character as Jack Sparrow in it. The clever yet eccentric character of Jack Sparrow suited Johnny best and fans can’t imagine a Pirates of the Caribbean movie without him.

But fans of Johnny Depp want him back as soon as possible. Depp was struck off from the film franchise after his ex-wife Amber Heard bombarded him with allegations of domestic violence and sexual assault. But lately, audio clips and pictures have been circulating which makes Heard the assaulted.

Disney could have both Margot Robbie and Johnny Depp united in one Pirates of The Caribbean film but they’re too freaking blind. pic.twitter.com/XTTvbEInrQ

Johnny Depp carried every Pirates of the Caribbean movie. He was going through financial troubles, a bitter divorce, and was falsely accused of assaulting his partner. He still killed his role EVERY MOVIE. You got me fucked up if you think I’m watching the new one without him pic.twitter.com/7NZfLF63Nb

I would just like to point out that I’m not against Margot Robbie starring in a Pirates Of The Caribbean movie. I just think she should be starring along side Johnny Depp who made the franchise what it is.

Margot Robbie is a talented actress and all, but Pirates Of the Caribbean will fail disastrously without Johnny Depp. The People solely watch it for Depp’s Jack Sparrow. He is what made the franchise a success.

She misused the MetToo movement platform for her good and soiled Depp’s name. It cost Johnny his career. Now, fans are signing online petitions which have reached around 2 million to get their hero back into the film franchise. Some are dissing Amber a lot and have even resumed to saying that she deserves to go to jail.

Depp has his fan’s sympathies. Only time will tell what becomes of The Pirates of the Caribbean film franchise.

Crisp Outright Updates On The Release Of Guardian: The Lonely And...

Year-End To Mark The End Of ‘Chilling Adventures Of Sabrina,’ CONFIRMS...

Everything Thing You Need To Know Before WATCHING Netflix’s OA Season...