Recently news broke out that Nick Cordero had been hospitalized due to the coronavirus and was in a coma for weeks. He recently woke up from a coma but it looks like he is not getting any better. His wife Amanda Kloots shared the unfortunate news on her Instagram on Wednesday. She is asking everyone for prayers.

Nick Cordero’s Health Is Deteriorating By The Day

Nick Cordero has been in the hospital for over 50 days in the hospital. He was admitted on April 1, 2020, in the Intensive Care Unit (ICU) due to coronavirus where he eventually got into coma.

A week later on Wednesday, she posted that his situation is deteriorating by the day. She asked everyone to keep him in their prayers. She said that the virus is not going to take him down. This would not be the end of his story. She is requesting mega prayers for husband Nick Cordero. 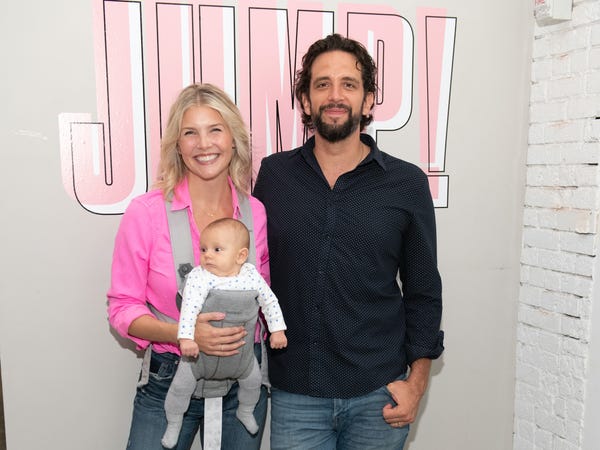 Amanda Kloot has kept everyone updated about Cordero’s health through her Instagram page. She said that Cordero has been following the commands but is barely able to open his eyes.

She said that it’s a miracle that he is awake. But she doesn’t want to get too excited because of the harsh path they are going through. She shared that the doctors had to amputate Cordero’s right leg to limit the blood flow.

Earlier this month she shared her wish to have Nick Cordero back at home to celebrate their son Elvis’s first birthday on June 10, 2020.

Why Does Sam Need A Practice Girlfriend In Atypical Season 4...

Funny Reaction Of Gerard Butler’s Mom While He Was Marrying...