Northbrooke’s senior Living Rehabilitation center hosted its first-ever drive through the parade on May 11, Monday. It was dedicated to its resident who can’t have visits from family due to the restrictions for the COVID-19 crisis.

The Pandemic has left many to stay in isolation, especially old peoples. Who were advised to take special care? And many people are stuck in a faraway place without their families. So, the gesture by the nursing home organizers did surely cheered up the resident’s moods.

The parade was organized so that the residents can meet their family members.

The director of the Northbrooke Activity Connie Ables said to the reporters that the residents were unable to get out. And didn’t get to see their family members very much. So they decided to make it a more significant event and would have a family parade. The parade started with a proclamation from the Jackson Mayor Scott Conger, recognizing National Nursing Home Week. 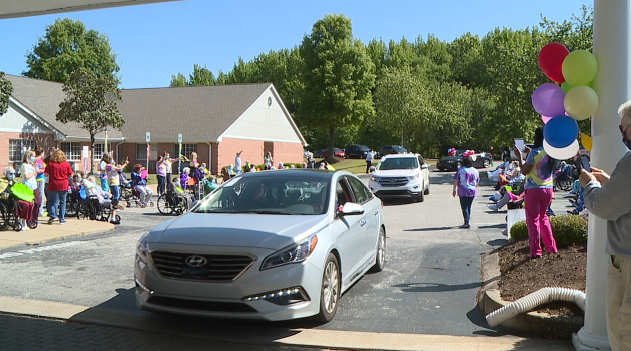 After which they organized a balloon release to represent the residents letting of their fears. And then finally the festivities started. Around 20 cars participated in Monday’s parade.

And grateful families were able to see their older relatives in person for the first time in months. After the parade was over, the nursing home organizers said. That the parade was successful, and they might do this every year now.

Snoop Dogg responded to one of his resident fan winning hearts.

Now from that parade, another thing that caught people’s attention was a woman. The old lady was seen holding a sign that reads, “I wanna See Snoop Dogg.” To which the rapper reposted it on his Instagram account and captioned it, saying, “On my way granny.”

Snoop Dogg is scheduled to perform at the Ballpark at Jackson on July 20. But it is now uncertain due to the coronavirus pandemic. But the rapper’s response surely did win the heart of his fans.