Fargo Season 4 Postponed, Release Dates And The Changed Cast Is Out

Are you a fan of black-comedy crime drama series, Frago? Well, if you are, it looks like you’ll have to wait for a little while for Fargo Season 4 to be released. After an unbeaten run of three seasons of the American series Fargo, the creators were all set to release Fargo season 4 on Netflix. However, it has now been postponed. And the new release dates have not been revealed yet.

When Will Fargo Season 4 Be Released?

The Fargo Season 4 was supposed to be released on April 19, 2020. But it was then postponed. As per the official statement, it was revealed that the release of Fargo Season 4 had been halted because of the inevitable circumstances of Coronavirus.

The new release dates are yet to be released.

What Is Fargo Series About?

The series Fargo is an 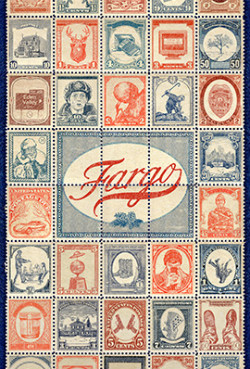 American comedy-drama that started in the year 2014. Every season has a different format, a different storyline with a beyond-the-thoughts time. They also have different characters and casts in every season.

So every season is a surprise.

What Will Fargo Season 4 Be Based Upon?

As per the sources, Fargo Season 4 will be based on the 1950s era in Kansas City, Missouri. It will be about two powerful families who trade their eldest sons to maintain their inner peace. And when the head of the Kansas City mafia goes for surgery, everything changes.

Who All Are Included In The Cast For Fargo Season 4? As we said earlier, the cast for every season changes in the series Fargo. So we definitely won’t have the same cast for season 4 as we did for season 3. The cast for Fargo season 4 includes –

Is There A Trailer For Fargo Season 4?

Yes. You can watch the trailer here.

The Umbrella Academy Season 3 Confirmed Release Date, Cast, and Everything a Fan Needs to Know

Netflix Announces ‘Father of the Bride’ reunion – and it’s happening this Friday!