This may also include Dwayne “The Rock” Johnson, whose performance as the titular Shazam antagonist in the upcoming Black Adams, which will soon take the form as the project looks like escaping the infamous spot in the development limbo.

The Man in Black ⚡️ Like most kids growing up, I dreamed about being a superhero. Having cool superpowers, fighting for what’s right and always protecting the people. It all changed for me, when I was 10yrs old and was first introduced to the greatest superhero of all time – SUPERMAN. As a kid, Superman was the hero I always wanted to be. But, a few years into my fantasy, I realized that Superman was the hero, I could never be. I was too rebellious. Too rambunctious. Too resistant to convention and authority. Despite my troubles, I was still a good kid with a good heart – I just liked to do things my way. Now, years later as a man, with the same DNA I had as a kid – my superhero dreams have come true. I’m honored to join the iconic #DCUniverse and it’s a true pleasure to become, BLACK ADAM. BLACK ADAM is blessed by magic with the powers equal to SUPERMAN, but the difference is he doesn’t toe the mark or walk the line. He’s a rebellious, one of a kind superhero, who’ll always do what’s right for the people – but he does it his way. Truth and justice – the BLACK ADAM way. This role is unlike any other I’ve ever played in my career and I’m grateful to the bone we’ll all go on this journey together. BLACK ADAM 12.22.21 ⚡️ Huge thank you to my friends, @jimlee and @bosslogic for this first time ever bad ass collaboration.

It is finally happening after years of confusion and uncertainty, Dwayne Johnson is finally gearing up as Black Adam. The DC comic universe’s anti-hero and villain of Shazam. The movie is scheduled to be released in late 2021. Dwayne Johnson shared the first look of himself as Black Adam. He shared it with his 161 million followers on Instagram. The art is illustrated by Jim Lee and Inverse future 50 and Boss Logic. The poster also contains an actual release date.

When is the movie set to release?

The release date that is included in the poster is December 22, 2021. Well, it looks like we will be celebrating the holidays with the DC universe. Johnson announced the project, and his involvement was made back in 2014. In a long caption, the wrestler turned Hollywood superstar explained his love towards Superman. 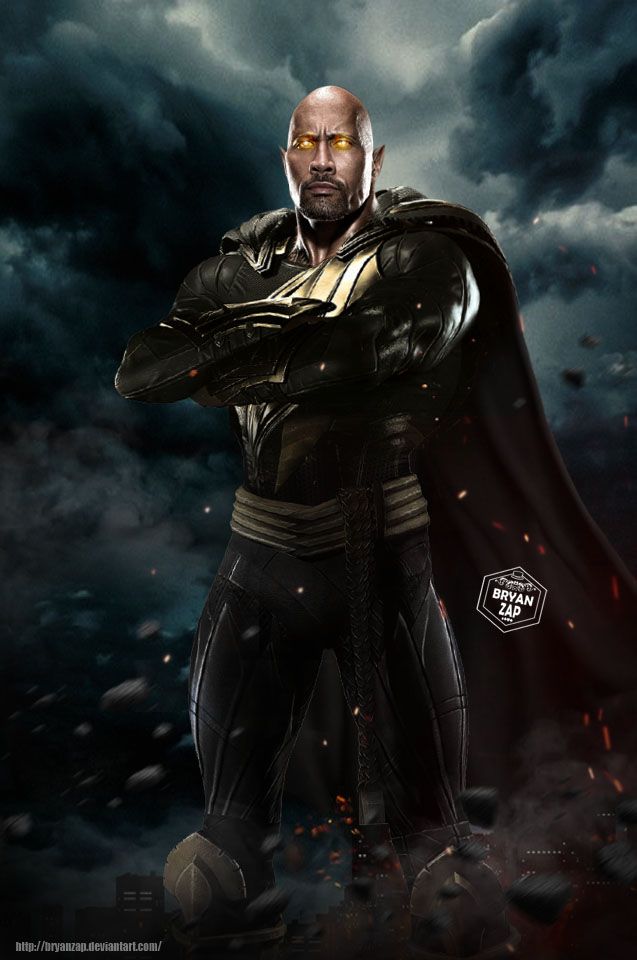 This in contrast with his own natural “rebellious” personality. In that perspective that Johnson says that he found a kindred spirit in Black Adams. Black Adams is an Egyptian demi-god who rivals the Greek powered Shazam. Previously Shazam was known as Captain Marvel.

Notably, Johnson calls Black Adam as a superhero, whereas the character’s role in the comic is quite a bit complex. Initially a villain from Shazam, Black Adams has become more of an anti-hero symbol in the DC Universe.

He is aligning himself with the good whenever that benefits him. Even if Black Adams is supposed to explore the origin story of Toth Adam, but going by the nature of DC universe we might see Black Adams crossing paths with Shazam in distant future or maybe Superman, that is also a possibility.