Brad Pitt and his dating life have been under the limelight a lot lately. After his separation with his ex-wife Angelina Jolie, Brad has been the internet’s favorite. Brad and Angelina are now divorced, and their six children reside with Angelina. 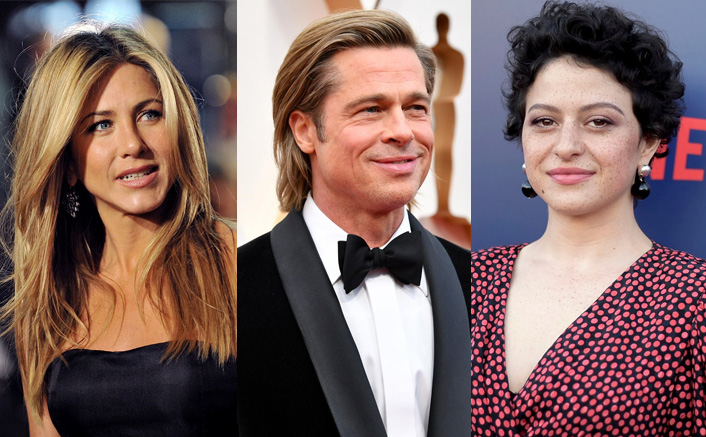 Brad has managed to get his name associated with a lot of ladies. After his quick flirting with Jennifer Aniston during the SAG awards last year, rumors have not stopped revolving around them.

Recently, news regarding Brad Pitt isolating with his long time beau Jennifer Aniston had surfaced. In addition to this, rumors had it that Brad and Jen were even planning to get married. A second wedding was on the cards. But not anymore. Now, Brad has been caught spending his time with his ladylove.

Alia Shawkat was recently spotted making around on a bicycle near Brad’s home. Then it was found out that Alia decided to stay over at Brad’s place and she never left. Rumor has it that Brad has been inseparable from his lady love for some time now. According to a source, Brad is close to Alia to a vast extent, something we cannot fathom.

It is a known fact that Brad Pitt has a huge history with Jennifer. It is also known that Jennifer never stopped loving him in the first place. Even though Brad broke Jen’s heart brutally, she managed to forgive him.

But now, Brad is not ready to start things over with Jen, given all the history with her. He is confused about taking things to another level. While Jennifer is staying put as she does not want to lose him again. Jennifer Aniston knows that Brad has been seeing Alia Shawkat.

Well, we hope Brad sorts his feelings and priorities straight and come to a final decision. The actor is indeed confused about a whole lot of things about his life currently.