Chris Hemsworth Takes A Dig At Liam’s Ex Miley Cyrus: “We Got Him Out Of Malibu”

“We got him out of Malibu,” said Actor Chris Hemsworth. He seemed to be referring his Brother, Liam Hemsworth’s ex-wife Miley Cyrus.

The couple separated after less than a year of marriage. Consequently, Liam Hemsworth filed a divorce for “irreconcilable differences.”

A day later, she broke silence on the topic on Twitter in a  lengthy thread. It said that she made a healthy decision for herself, Miley will always love Liam and she isn’t looking back anymore. Miley also adds that she was feeling healthiest and the happiest she thought in a while.

She cleared the air on some rumors. Miley said that she was accused of a crime she did not commit. The crime she references is infidelity.

Miley clears that “I can admit to a lot of things, but I refuse to admit that my marriage ended because of cheating,” she declared. “Liam and I have been together for a decade. I’ve said it before & it remains true, I love Liam and always will.”

I can admit to a lot of things but I refuse to admit that my marriage ended because of cheating. Liam and I have been together for a decade. I’ve said it before & it remains true, I love Liam and always will.

While Liam filed the divorce, Miley was the one to initiate separation. 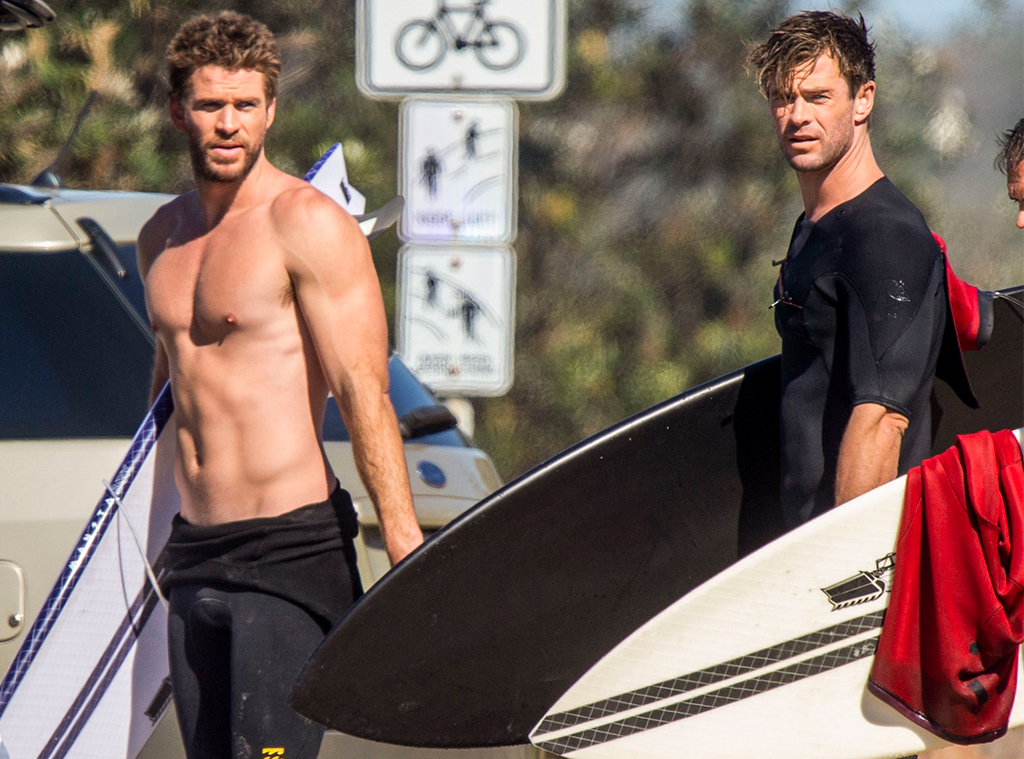 While an interview, Chris was discussing the Hemsworth brothers’ toned physiques. Chris plays the superhero Thor in the Marvel movies, so it is natural he maintains an incredibly fit body. But, he jokingly says that Liam Hemsworth has become the fittest of the Hemsworth trio. “I think he’s done it,” he said “Did you see the Men’s Health cover? I thought, ‘Not bad kid. Not bad.'”

Put picking up the latest issue with @LiamHemsworth at the top of your quarantine to-do list. Click on the link in our bio or find some space in your trolley next to the toilet paper.

He adds that Liam is back in Australia and is training hard and staying fit. “It’s Australian living, I guess. We got him out of Malibu,” Chris added. This comment seemed like a direct jab at Miley Cyrus.

But, they were family. We’re sure that we knew each other much than we do. But, this comment didn’t sit well with Miley’s fans.

Article: Times where Liam Hemsworth was on the butt of Miley Cyrus’ PRANKS