Will Ricky Gervais’s character Tony finally give up wallowing in season 2? Let’s find out.

EVERYTHING YOU NEED TO KNOW ABOUT AFTERLIFE SEASON 2 (PLOT DETAILS, NEW LOVE INTERESTS) 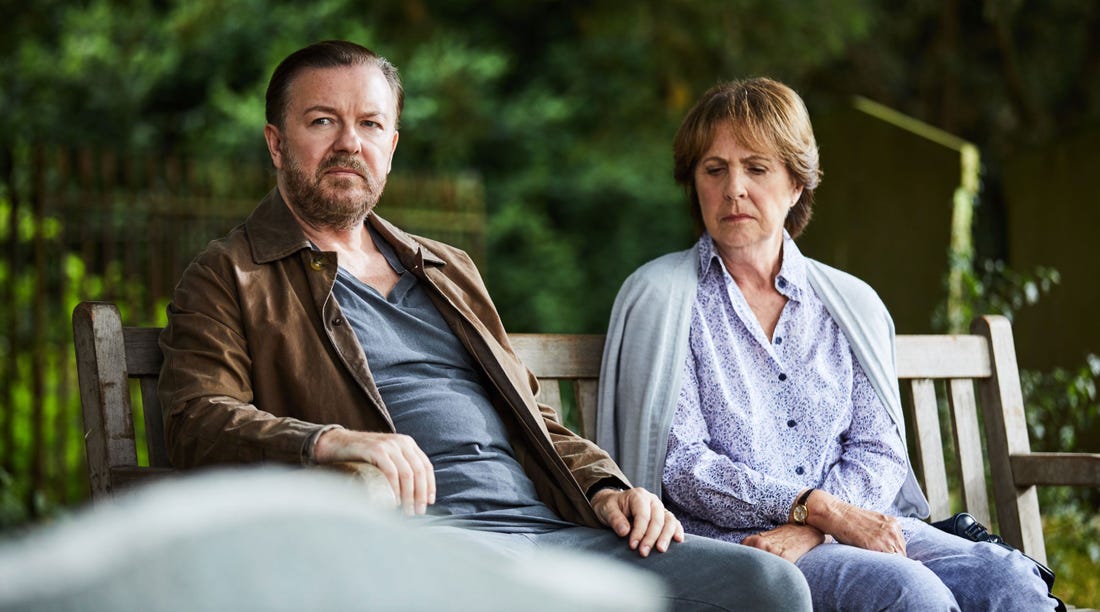 Afterlife, a dark comedy series that revolved around Ricky Gervais’s role as Tony, who was seen depressed after his wife’s demise due to breast cancer. After this, Tony’s motive is to punish the world for his wife’s death. Tony is seen making fierce comments without having a care in the world about people’s feelings.

The series has revolved around his hilarious yet negative behavior, and the fans are hoping to see a happier side of him in the upcoming season.

However, season one was not all negative as the flashbacks of Tony’s wife ultimately suggest otherwise. Seeing how Tony feels when he listens to the tapes she left him before she died, really tells us he has a soft side to him.

Fans may get to see more of his soft side in season two as the finale episode showed us how he finally realizes how he cares for the people around him, the people who were continually trying to pull him out of his despair, his ‘friends’. Tony also seems to have a love interest (apart from his pet dog), which he actually wouldn’t admit. Tony feels for his dad’s nurse(played by Ashley Jensen), and season 2 may just spark something up there.

WHEN WILL NETFLIX RELEASE SEASON 2 OF AFTERLIFE?

The official date for the Afterlife has been set for April 24, 2020, on Netflix. Following the pattern of the first series, it’ll air with six episodes each season. Netflix releases all of them in a go, so it’s binge-worthy!

Until then, give season one another go-to brush yourselves up!

Stay tuned to The InnerSane on more updates on Netflix series!