The Inner Sane
Home BUZZING CELEBS Usher And GF 'Lets His Dog Out' While Biking Along Amidst The...
BUZZING CELEBS

Bike Day Out: Usher ‘Lets His Dog Out’ With Girlfriend Jennifer Goicoechea

Even though the pandemic has turned the whole world upside down, the virus for which the self-quarantine phase has been implemented has also led a lot of people. A  lot of time to spend time with their loved ones, which otherwise became problematic due to the busy schedules of the majority.

While people are playing indoor games with all their family members. FaceTiming their distant relatives, bonding, and laughing with their loved one. Some are off to cycling on the empty roads. They were walking their dog on the green grasses and a lot of activities altogether!

Reportedly, the famous singer, Usher, was spotted enjoying a joy ride with his girlfriend, Jenn Goicoechea. The co-owner of RBMG was out with his girlfriend, who happens to be the executive of Epic Records, on bicycle rides! But this time, it was not them who caught the star eyes, but the furry friend Usher was holding while handling the cycle. 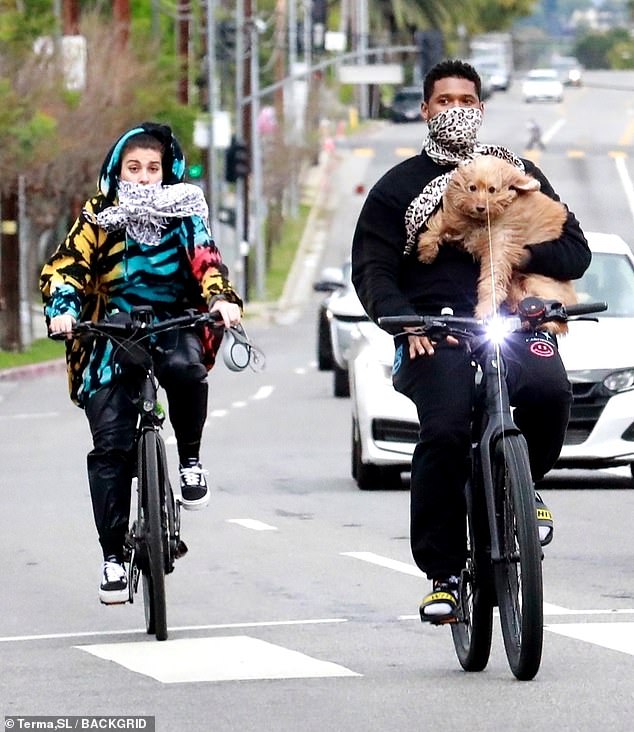 Usher and girlfriend were off to a bicycle date with protective gear on, but we aren’t complaining about the third wheeler, and we know the two too didn’t!

While paparazzi clicked the three, the doggie looked cutely at the camera and seemed like a born poser!

The two who were seen getting some fresh air in Los Angeles’s Los Feliz neighborhood and the duo looked perfect together!
Usher chose black casuals while Goicoechea chose vibrant colors with sports show for the bicycle date! 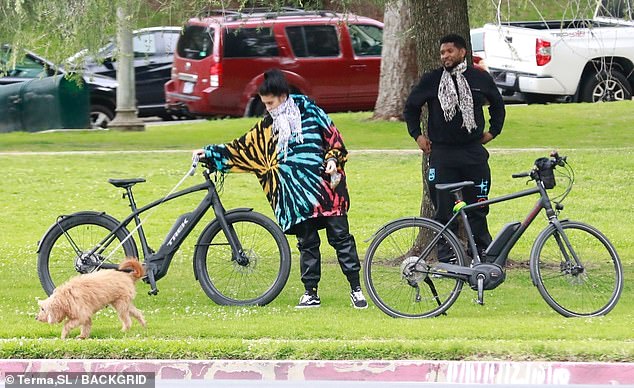 Usher and Goicoechea started dating after the 41-year-old singer’s divorce with his second wife, Grace Miguel, in 2018.

They both were first linked together when they attempted Diddy’s glam50th birthday party that was a star-studded affair! They both were seen getting cozy at the party that sparked all the rumors!

Aren’t these three just too cute? We love Usher as the dog-parent, don’t we?