Brad Pitt and Angelina Jolie broke up almost three years ago, but they still try to remain on good terms for the sake of their six children. The couple shares six children. But it looks like the Jolie-Pitt kids love to spend their quarantine time at father, Pitt’s home than Jolie’s. This revelation has saddened the ‘Maleficent’ star.

The ‘Mr&Mrs. Smith stars are legally single now, but their divorce isn’t finalised yet. Their breakup was very shocking and emotional new for the fans. But life goes on.

Jolie-Pitt Kids Find Pitt’s Home As A Calming Retreat According To The Sources.

While everyone is self-isolating due to the ongoing pandemic, the Jolie-Pitt kids find a calming retreat at their father’s home. The couple’s six children Maddox, 18, Pax, 16, Zahara, 15, Shiloh, 13, Knox, 11 and Vivienne, 11 love to spend time at Pitt’s home. The news entertainment outlet claimed that Jolie’s strange behaviour is affecting her relationship with her kids. This is the reason why the kids want to stay at Pitt’s during this lockdown. 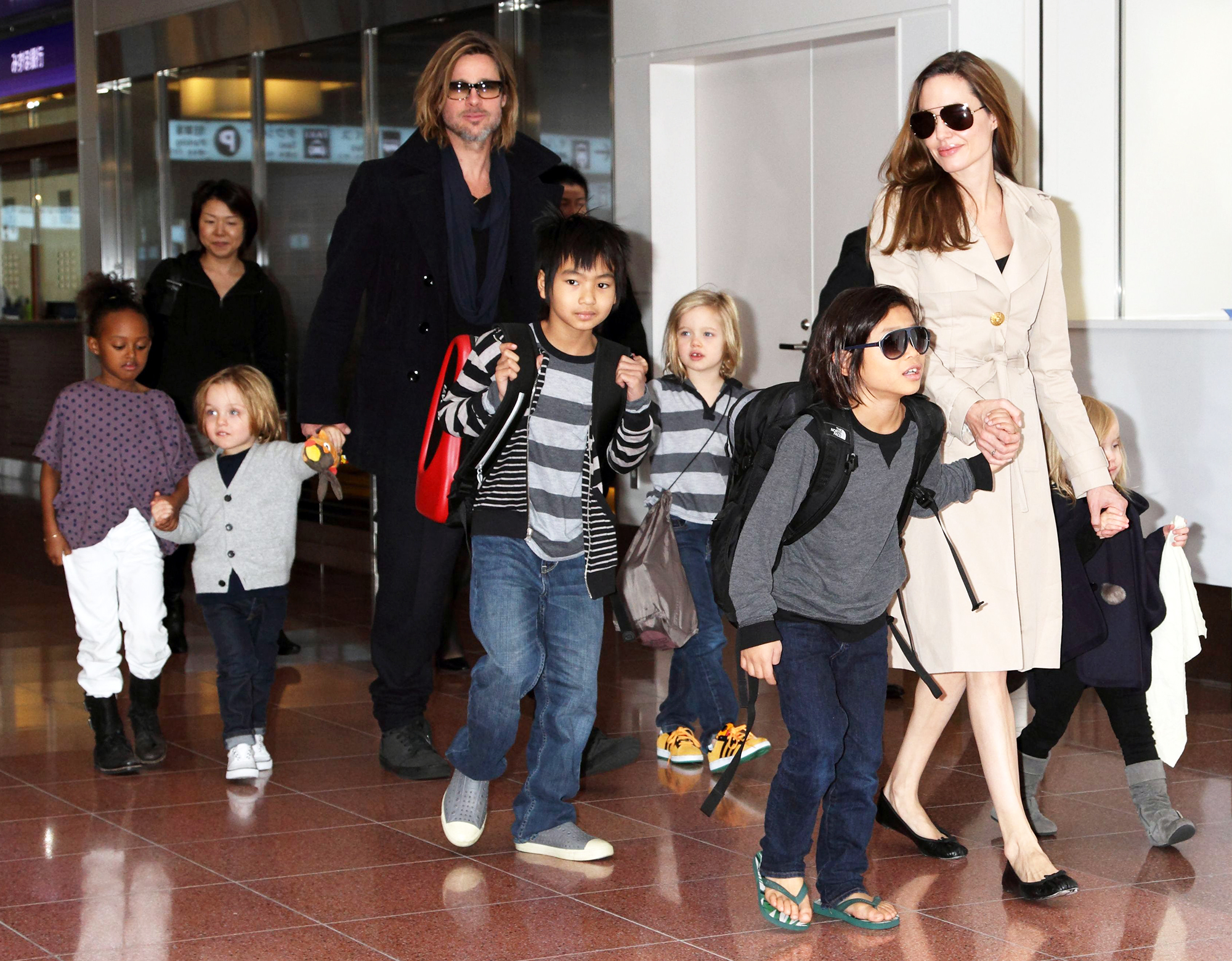 “The kids still have a lot of fun, but he insists they keep up with their studies and knows how important it is that they stay organized and on top of things since they’re homeschooled. He has them wash dishes and tidy up after themselves. But he joins in with them and makes it enjoyable, with them all helping each other,” a source added.

The sources confirmed that the six of them love their mom and respect her a lot but right now feel more settled in their father’s home.

Both Brad And Angelina haven’t commented on these reports. However, it doesn’t look like they are any rumours. Things will be cleared once any one of them makes a statement.
Previously it was reported that all of the six children have been staying with their mom in their residence in California.