In July 2109, Ed Sheeran had planned to construct a $600,000 swimming pool on hid estate. His Sheeranville estate had a massive lake in the property. Sheeran’s neighbor objected.

After a lot of complaints when Sheeran tried to build a hot swimming pool on his property, it is his turn now. Ed can now deny his neighbor to make any construction changes to their property.

The singer recently denied his neighbor, Tony Robinson, to make changes in the plot structure. Tony wanted to extend his garden on his property in Suffolk.

The neighbor is quite angry at this disagreement. He stated that he is quite disappointed as he allegedly agreed to Ed’s previous planning to build Chapel in the adjacent field under his oak tree. 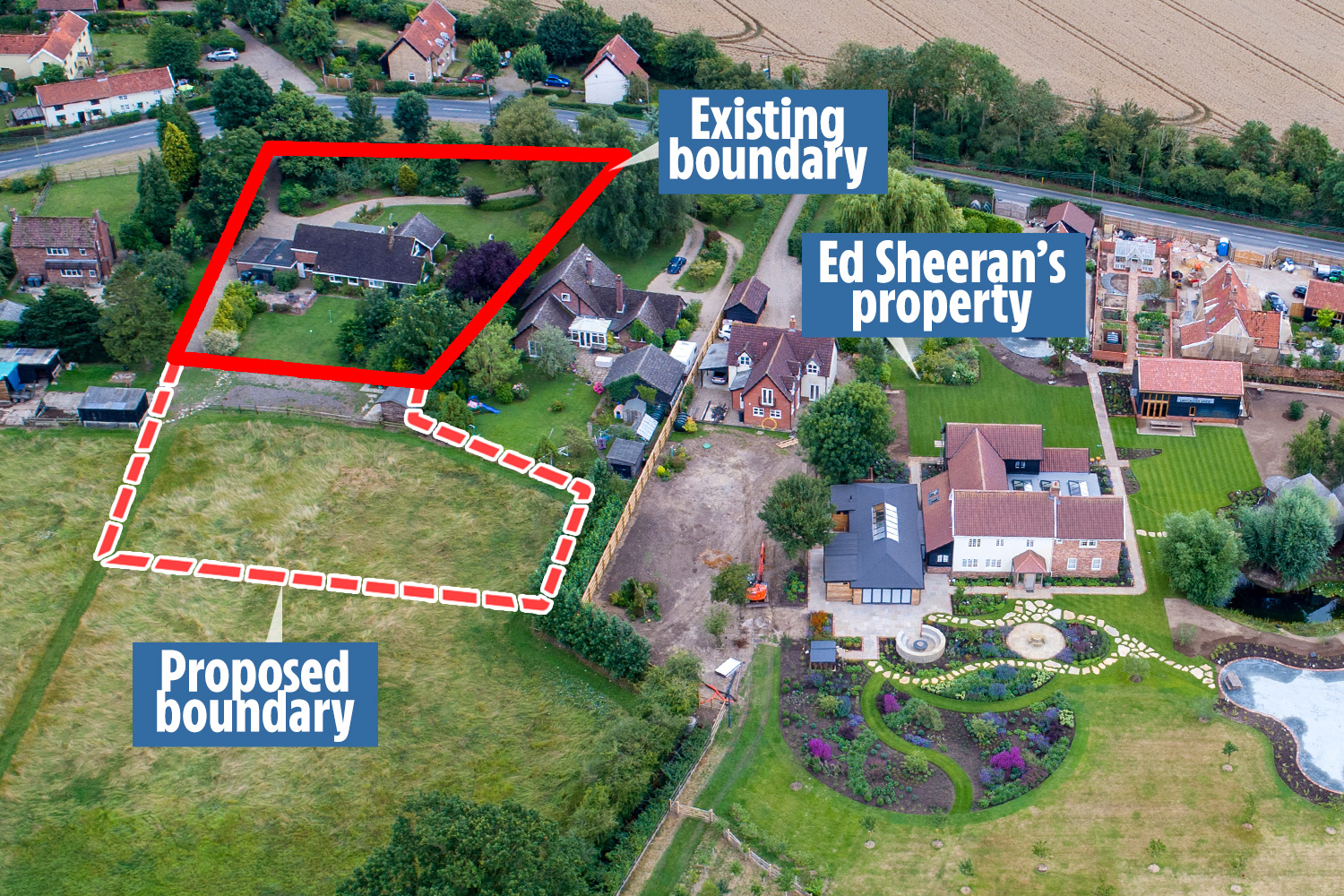 The two haven’t seen eye-to-eye in regards to property changes and extension. Last summer, Sheeran was planning to construct a swimming pool worth $600,000 in his Sheeranville estate in Suffolk. However, Sheeran lied about the details of the lake. Initially, he said it was a wildlife pond when he applied for approval to the East Suffolk officials. In the application, he said, the pond would be built to support nature conservation… providing a natural habitat for dragonflies, as well as a source of drinking water to birds.”

Tony noticed that the construction plan did not look like that of a wildlife pond. He understood that it was a swimming pool. Sheeran’s application was denied. But, he received permission to construct a jetty and steps for enabling access to the pond in an emergency.

Now, Ed Sheeran strikes back and denies Tony’s wishes of extending his garden. Tony wanted it run along Sheeranville, and Sheeran promptly rejected. He objected to the extension made on his behalf by Paul Smith.

Smith said that this garden extension would look “Out of Place in the village.” Further, he adds, “it would extend the village into the countryside in an unplanned and artificial way.” Smith stated that Sheeran was more than happy to compromise on any further planning expansions.

Article: Ed Sheeran has some disagreeable thoughts on Cherry Seaborn.