Ian Beale, played by Adam Woodyatt, has been very tough on Letitia Dean’s character Sharon Watts as she missed her son Dennis Rickman who drowned. All this drama took place in the British soap EastEnders. Sharon Watts remains ignorant of the fact that her best mate is the one responsible for the shocking death of her son.

Devious Dotty Cotton has the proof that Councillor Beale had locked down the teenager in a cabin for punishing him. His crime being, he was intimidating Beale’s son Bobby Beale. Therefore, Denny had no chance to live when the boat started to sink even when Ian tried her best to rescue him.

What is Dotty’s actual motive?

As of now, Dotty is blackmailing Mr Beale and is making demands. She asks him to lend him the ownership of the Arches garage, and in return, she will keep silent. Zero says in an interview that blackmailing Ian is not about Dotty having power or control; she genuinely believes Sharon deserves to know the truth. The reason she asks for the property was to gain financial security.

The star goes on to spill some more explanation. She says that it is not just what Ian did to Dennis, but the fact that he remains so close to Sharon being a hypocrite and liar is what kills Dotty, as Dotty hates liars. Next week we will get to see that Dotty tries to put pressure on the guilt-ridden victim.

However, he doesn’t flinch and says that he has destroyed the phone which had the proof in the form of a recording. Now we need to see if he has beaten Dotty, or not.

Zero also says – “She feels deflated,” and adds that Ian is respected within the community. However, she has her dad’s reputation hanging over her head. 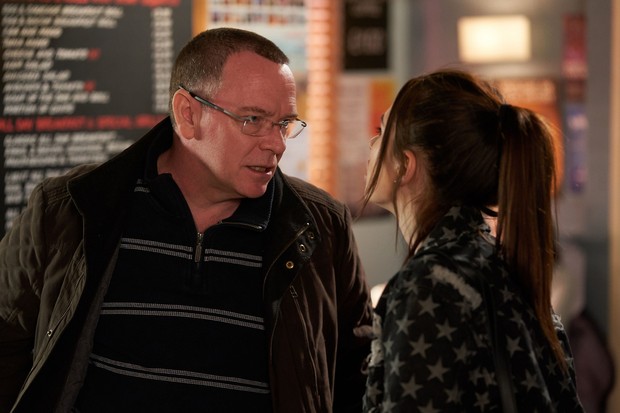