The Inner Sane
Home PRIME SPECIALS This Is Us' : Season 5 Is Anticipated And Here's Everything...
PRIME SPECIALS

This Is Us’ [SPOILER] : Season 5 Is Anticipated And Here’s Everything We Can Expect

Going by the Season 4 finale, nothing much had happened except a baby daddy reveal two surprise marriages, and so much more. The question lies about what these crazy developments meant for Season 5 in particular. The creator of the show “Dan Fogelman” had to be tracked down to break down on several details. Like the main characters, Where the season picks up from? Where will it go from there? Etc.

“Spoiler Alert” as the creator gives an insight into the future: 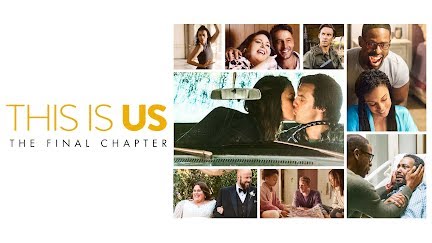 Starting with Rebecca’s impending move to St. Louis as a grown-up and with her trying to explore around with Miguel. Then we have the two siblings Randall and Jake, who had a very heated exchange of words. In last season’s finale on which Fogelman said that family rifts are hard to be a part of both and to watch and acts as an excuse to keep them away for a short period. The fight between the siblings is described to be like the biblical characters of Cain and Able. With the two alpha men, the argument goes literally towards their inception; growing up in the same house with different skill sets, there is bound to be a sibling rivalry.

Another story is that of Kevin, whose love life is complicated by twins. Fogelman even commented about why neither Kate nor Toby showed up at the hospital to meet their granddaughter. And also previewed that they hope to continue to make people invested in the future storylines and by getting to those characters slowly as the story progresses.

What theme can we expect from Season 5? :

The creator went on emphasizing in a state of excitement that fans can expect lots of new stuff from Season 5. He went on saying that it would be kind of rebirth and lots of new beginnings. Particularly for birth and rebirth being a big thematic part of the new season. And the fans can expect something big in the season premiere.

Say What? Netflix Is Opening Its Doors For Angry Birds

Fargo Season 4:The Comedy–Crime Drama Anthology To Be  Come Out Soon....

Standing Strong: Detective Pikachu 2 To Remain Untouched By The Corona...

Hero To Villain- Actress Natalie Portman Likely To Star Next As...

Chef Floyd Cardoz Dies At 59 After Battling With Coronavirus

Escalate Your Excitement With The On-Air Date, Twists & Turns, Plot...