The Inner Sane
Home BUZZING CELEBS A Cautious Tekashi69 Pleads For An Early Release From Prison Owing To...
BUZZING CELEBS

Why Did Judge Decide To Set Him Free: 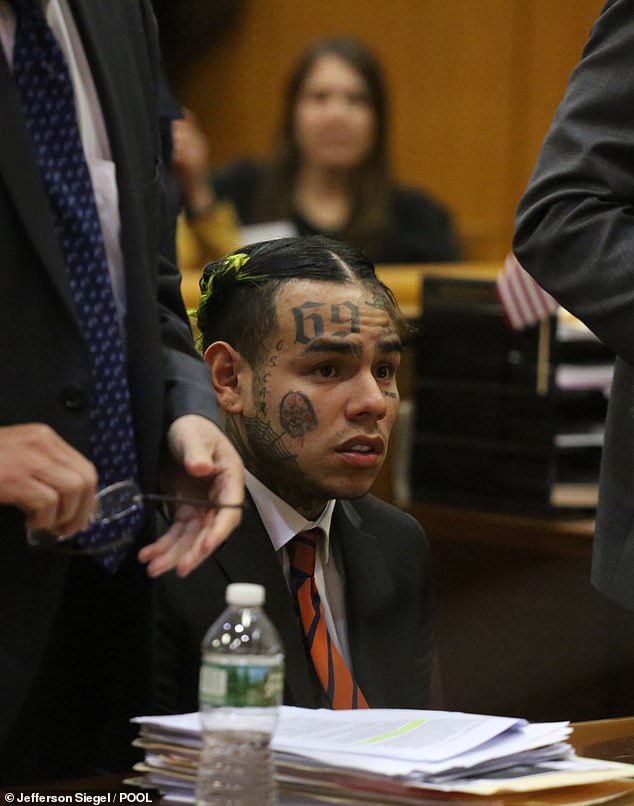 The Corona Virus effect has created a censorious situation all over the world. Like millions and billions of other people, Mr69 life has also affected by this global pandemic. And now, prisons are the ultimate breeding site of this global pandemic. And in this critical condition, Mr69 can’t do much of he is deathly ill. As sources said, Mr69 has filed a petition in his case to release him before the scheduled date. But all in vain. And the judge has also said that he doesn’t have the authority to issue Tekashi now. It is the Bureau Of Prison’s who will give the order for the final say.

But the judges all around the world want an early release of Tekashi as the judges don’t want the spread of the virus inside the jail. But Tekashi’s Legal Practitioner says that his client’s case is urgent now as the rapper has extreme asthma. And it’s a good time for his release as there will be no one on the streets.

Meanwhile, Tekashi has planned to return to his Rap world. He has also decided to move to Arkansas and change his name. But last January, Tekashi begged for an early release. Tekashi thinks he is not safe in jail and not safe outside also. But he is now safely out from contracting the Coronavirus.

One Of The Eternals Fan Theory Propogates Antagonist In Eternals To...

Acquaint Yourself With The Future Installment Possibilities Of Ragnarok Season 2

Chris Rock Exclaims, ‘This Is The Best Part I’ll Ever Have’...

Avatar 2: How Is The Dead Villain Believed To Play An...

‘A Discovery of Witches’ Season 2 is Really Happening, Here’s The...

The Underrated 10 Facts About Marco From “Attack On Titan”

Show Is On! Castlevania Season 4 Has Been Renewed For Season...

Defying Rules, Megan Fox Drops InTo Supermarket Without Any Any Protective...