The Inner Sane
Home BUZZING CELEBS Curfew Imposed On Jennifer Aniston By Angelina Jolie From Seeing Her And...
BUZZING CELEBS

Curfew Imposed On Jennifer Aniston By Angelina Jolie From Seeing Her And Brad Pitt’s Kids. What Is It All About?

After news of Jennifer Aniston and Brad Pitt dating one another started surfacing around. Something like this was indeed on the cards. Jen and Brad are even going to get married according to sources now. 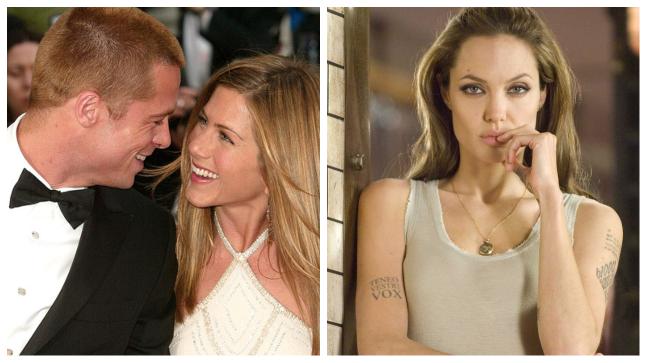 Angelina Jolie has reportedly asked ex Brad Pitt not to let their kids meet Jennifer Aniston. This news has come amidst rumors of Brad, 56 marrying Jennifer, 51. Angelina Jolie, 44, and Brad Pitt’s divorce were finalized in the year 2019.

Now we are just three months into 2020, and rumors of Brad rekindling his previous romance with Jennifer Aniston have resurfaced like wildfire.

Well, in a situation like this. Things between Brad and Angelina are indeed sour. However, Angelina imposing such strict rules on Brad has come out of nowhere indeed.

Angelina Jolie and Brad Pitt are parents to Maddox, Zahara, Pax, Shiloh, Knox, and Vivienne. According to a source. “Angelina has privately demanded that Jen be banned from seeing her kids. And to add insult to injury. She has also filed for a new child custody evaluation against Brad.”

This has come as a blow to Brad Pitt as he had said on one account that he gave his kids, the topmost priority. Even Angelina’s kids are shocked by this new development.

The whole love triangle between these stars is, in a way impacting. The children of Brad and Angelina. Well, we hope things settle for good, and they all live in peace and harmony in the days to come.

Umbrella Academy Season 2: All Your Mysteries And Questions Answered Here.

Rapper Eminem Gets Sentimental Of Daughter Hailee In New Interview

Is Atypical Season 4 Coming On Netflix With New Character And...