Chilling Adventures Of Sabrina’ Season 4 Debunked And How?

All About The 4th Season: 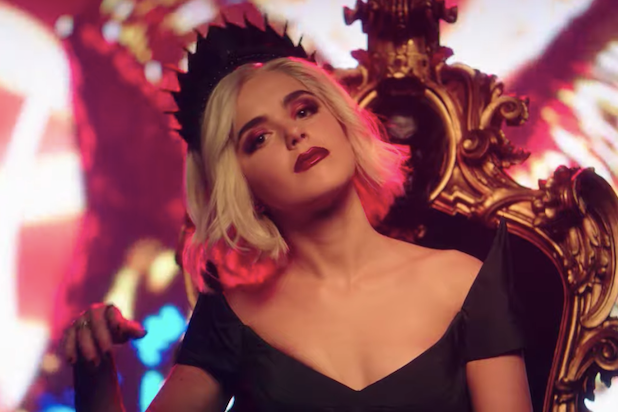 The Chilling Adventures of Sabrina have been streaming in Netflix for the last three seasons. Currently, the third season has not yet come to an end, and the people are looking forward to getting the 4th one.

Well, if you are one among the people who are waiting for the Adventures of Sabrina season 4, then pal its good news for you. Yes. There will be the 4th season of this show on Netflix that has been confirmed long since December 2018.

The Release Date And Other:

With the release of the 3rd season, the opening for the filming of the 4th season has already started. The shooting for both the seasons are going on simultaneously in Vancouver. Not for sure, but according to the gaps in the last three seasons, the 4th one will be on TV after 4-6 months. The first season was released in October 2018. The second season was dropped after 6months in April 2019, the third season following the next eight months.

What’s Inside The Series:

Season 3 of The Adventures of Sabrina, will end up with a lot of chaos, that will be resolved in season 4. The most chaotic thing will be that there will be 2 Sabrina Spellmans in the universe. One who would lead be leading her own life and keeping things right upstairs. The other will be living as the Queen of Hell downstairs. There would be only one person who would be aware of the existence of 2 Sabrina Spellman, and she is Ambrose.

She had warned Sabrina of the paradox by bringing herself from another period. But she did not look into this. Now, the question is if Sabrina is living in her own time, then from where does this second one arrives from? Will there be more about the other realms of the universe in this series?