The story is from Hillside, where a man was convicted for strangling his ex-girlfriend to death after she allegedly broke up with him. The man has been identified as Emmanuel Dike, 25. Both the families of the murderer and the victim broke down in tears in the courtroom during the conviction. The court convicted Dike for indefinite life imprisonment on the charges of murder. He can apply for parole after he had spent at least 30 years in prison. 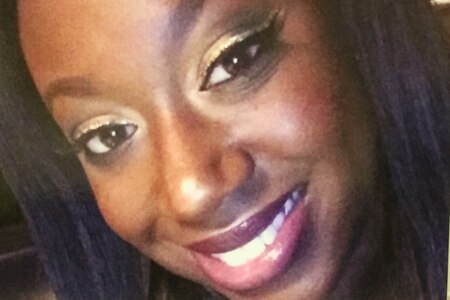 Dike was arrested in December for killing his 20-year-old girlfriend Christa Capers. The police found her dead body on the 1500 block of Schley Street on October 20, 2016.

During the conviction, Dike’s mother, Pauline Dike, fell on knees to the Capers’s family to forgive his son after she had addressed the judge at the Supreme Court of Union County. “I’m very very sorry. Please forgive me,” Pauline Dike shouted as she began to cry and fall entirely to the floor. “Please forgive my son.”

Moreover, The apology became too much for Capers’s family, and she sobbed on a relative’s shoulder. Capers’s godfather, Daryn Martin, addressed the court on behalf of the family and accused Dike of “calculated, cold-blooded murder.” He requested the judge to show no leniency in her sentence.

“We are a very devout, Christian family,” said Martin, a church deacon.

Although, “We don’t have a problem with forgiving people. But the reason this was so unforgivable was that this didn’t have to happen. It was very preventable. He never called for help, never did anything.” “(Her mom) won’t be able to help Christa get ready for her wedding day,” Martin told the judge.

“Her father won’t be able to walk her down the aisle to get married or hug daddy’s little girl anymore.” Dike’s mother said told the judge that what her son did is “the work of a devil.” “My heart is broken,” she said with a heavy voice.

Judge’s Statement During The Conviction

“I know what happened hurts.” “If I had a time machine, things would be different,” Dike said in a quiet voice, adding that he knows the importance of controlling his emotions.

Rodriguez, the judge, described Dike’s behavior through the trial as cold and noted that he made no gestures or showed any emotions while his mother fell on the ground to apologize. “It was your own words that said in your statement that you lied to (Capers) for her to come to see you,” Rodriguez said.

“Because you knew she would care for you.” Dike has been sentenced to indefinite imprisonment. He must have completed at least 30 years in jail before he can apply for parole.

Gay Couple Highlighted For Their Divorce Over A Weird Argument, That...

Car Chase, Suicide Claims And Hours Of Negotiation, That’s What It...

Awakens A Dead Hero From Marvel Endgame Hints To Solve The...

God Of War Sequel Is Coming Back To The Fans With...

Johnny Depp Speaks Up About The Effect Of Amber Heard’s Allegation...

Albums Of Lil Wayne And Kesha Never Need A Promotion To...

Pregnant Teen Indulges Herself In A Verbal Fight With Her Boyfriend,...

Jay-Z Slashed The Doors Of Humiliation For Sitting Along With His...