Accused Mobster With A Garish Face Tattoo Out On Bail, Searches For A New Life By Working As A Personal Gym Trainer And Pursuing A Degree In Sports Science.

A mobster with a garish face tattoo admitted assaulting his girlfriend, asked strangers to help him get a job.

Accused Mobster In Search Of A New Life.!! 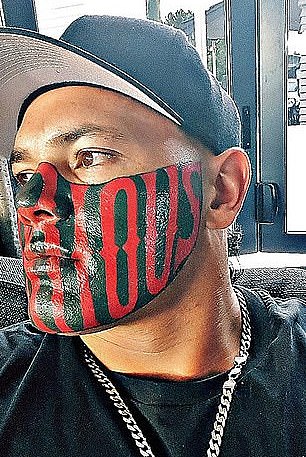 Puk Kireka, 32, attacked his partner after an argument in New Zealand in October. He hit her in the face after she walked off from an argument, knocking her to the ground with a broken nose.

Kireka found guilty for the attack on Monday. He was also granted bail until sentencing in February. The ex-mobster made it to the headlines when he asked strangers to donate to his education. He made this request as he could not get a job.

He wanted to pursue a degree in sports science. Thus, he started a fundraising forum online for his donation. The recovering ice addict was mocked by the rapper 50 Cent. He was part of the Mongrel Mob bikie gang.

While others were more concerned and sympathetic. Including a gym owner, Robbie Gale, who hired the former gangster, while he studies at university to work as a personal trainer. He revealed that Kireka had been helping him work out to get into better shape. Kireka is from Hawkes Bay in New Zealand.

‘I can’t believe I’m running regularly for the first time in 12 years. ‘.

Mr. Gale even proposed to pay for Mr. Kireka’s education at the Eastern Institute of Technology for his first year studying sport and exercise science. The gym owner mentioned his kind motive, and generosity is to teach Kireka, skills he’ll need as an investment in him.

‘It’s like talking to an excited 12-year-old kid when he’s talking about school.’ he said.

Mr. Gale helped him start his gym once he’s finished his course. He was indeed was also assisting Mr. Kireka with his business experience.

‘People like Puk don’t think they’re entitled to live a life like that. But once they get the understanding that it’s all possible, it’s all go,’ he said. He said he is happy that he could help Kireka with achieving his dream. He feels that everyone deserves a second chance.

Back To Main Gig: Jason Bateman Announced Season 3 Of Ozark...

Is Tom Holland Going To Be A Part Of “Back To...

First Look Out And Release Date Of The Rise Of The...

Russian Doll Season 2 To Be Released Soon, Character Continue To...