Sex In Public On Thanksgiving Day; Kid Witnesses The Gross Act Of An Elderly Couple Doing In Front Of Him

A 70-year-old woman and a 60-year-old man were arrested in downtown Clearwater, Florida. They were accused of getting gross with each other right on the sidewalk and in clear view of a 12-year-old child. It was a happy Thanksgiving for no one.

Sex In Public On Thanksgiving Day !! 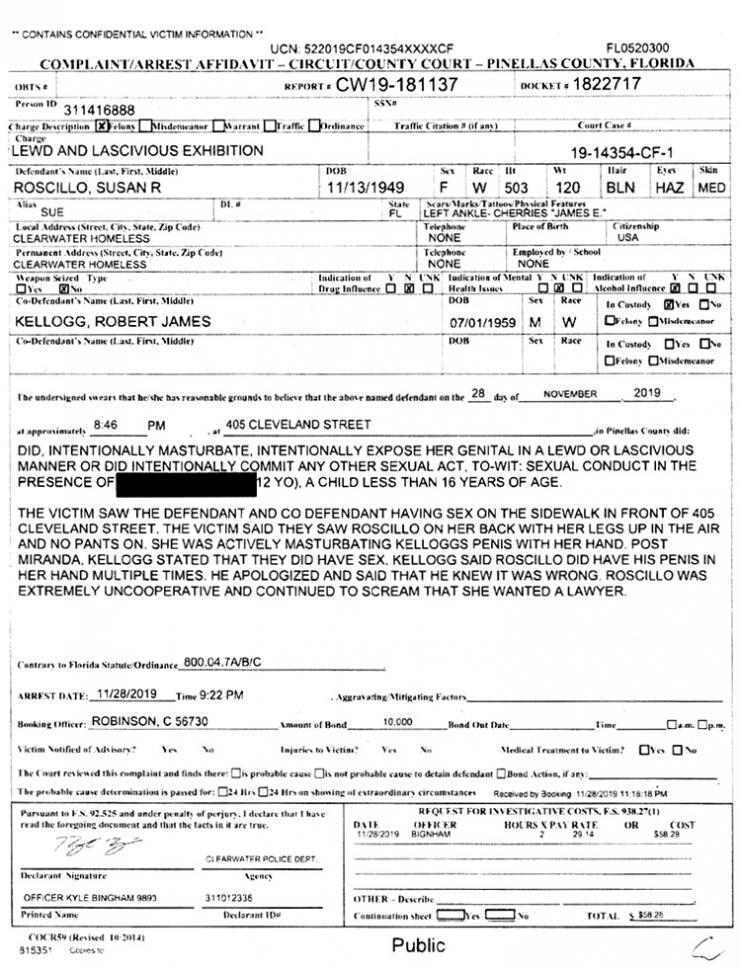 Meanwhile, Roscillo has a long record, including being arrested for an open container violation while wandering the streets drinking a Bud Light Cran-Brrr-Rita. She refused to cooperate with the police and screamed for a lawyer.

You have to feel for that kid and their parents here. Even on Thanksgiving, you don’t get a break in Florida. At least a python didn’t burst off their toilet and drag him back down into the sewer. But that line of thinking is a bit too half glass full for this situation. Your kid had to watch to very old, very gross adults have some nasty sex on a sidewalk. If they’re lucky, the kid has a dark sense of humor and thought the whole thing was hilarious. If they’re not, well, there’s a lot of therapy incoming.

You’d think in Clearwater a Scientologist van would have scooped this couple up and either brainwashed them or made them into whatever their version of Soylent Green is. Alas.

Both Kellogg and Roscillo were arrested on felony charges of the lewd and lascivious exhibition and are being held in the Pinellas County lockup.