The Inner Sane
Home TIS EXCLUSIVES Mother Shares An Disturbing Outlook Of His Son's Drastic Transformation From Being...
TIS EXCLUSIVES

Jennifer Salfen- Tracy took to Facebook to show the world what heroin and meth addiction can do to a person.

Cody Bishop, her oldest son, is suffering from heroin and meth addiction. He is homeless in Las Vegas, and the mother hasn’t heard from him in weeks. She wrote that hearing how bad he is doing is hard, but not hearing from him is more laborious. She added that she was praying to God that Cody decides that he’s tired of living like this and comes home to get help. Although, She wrote that she had come across people who had crossed her son’s birth over time through his past rehab. She was happy that they had an excellent support team with each other and thanked everyone who had reached out to help.

Also, she acknowledged that drug addiction was not just a problem faced by her family alone. She wrote that almost everyone knew someone who was addicted to heroin or some other drug. Drug addiction is far from being rare. Moreover, She said she was praying for strength for those suffering and healing for their families and friends. 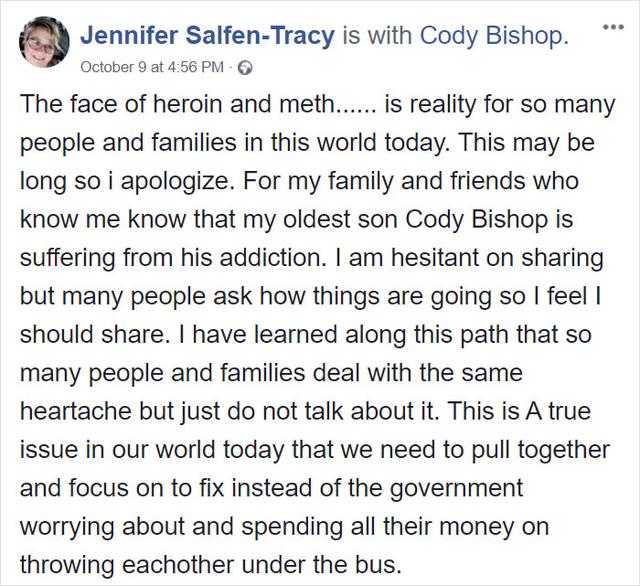 She then revealed that the pictures of her son that she shared were taken seven months apart. She said it’s time to get a hold of the issue as a nation and help each other. Moreover, she thanked everyone for their love and support again and asked Cody to call his family.

Heroin abuse in the US

Heroin, also called diamorphine, is an opioid used as a recreational drug for its euphoric effects. It is part of a more significant problem of addiction in the United States and other parts of the world. According to the Addiction Center, 21 million Americans “have at least one addiction.” But, only a tenth of them receives treatment. Out of those, an opioid use disorder affects 2.1 million Americans. Almost half a million Americans are regular heroin users. 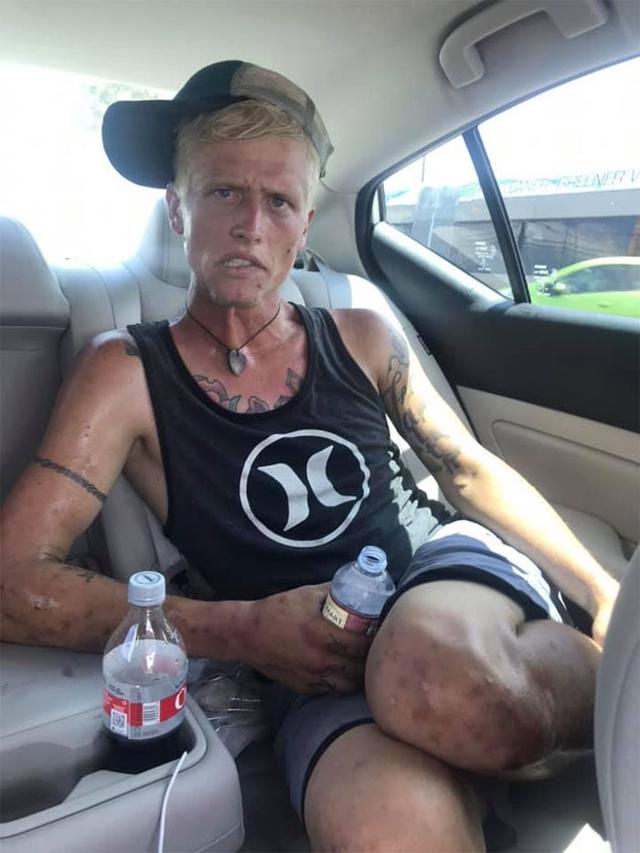 Adding to this, a fifth of Americans who have “depression or anxiety also have a substance abuse disorder.” Opioid overdose kills around 130 US citizens daily. The family can only hope that Cody doesn’t become just another number on a statistics report.