Miley Cyrus all of a sudden rushed to hospital, boyfriend Cody Simpson and mother follow her back in

Miley Cyrus has had a tumultuous year in her personal life. She separated from her husband, Liam Hemsworth. The couple had an on-and-off relationship for almost ten years. All seemed well when they finally tied the knot last year in an intimate ceremony. However, not even a year later and the couple filed for divorce officially.  Immediately after the news came out, Miley was seen hanging out with Kaitlynn Carter – a mutual friend of the couple. People immediately started sending her hate assuming that she had cheated on Liam. But Cyrus made it clear that wasn’t the case at all. 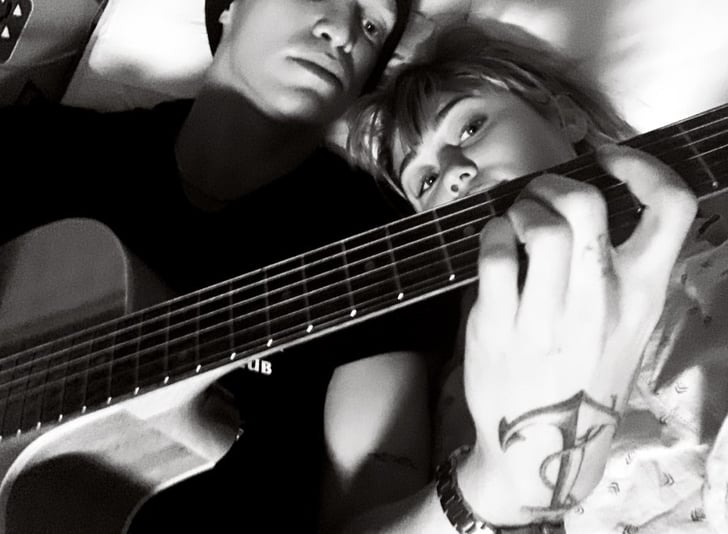 Anyway, Carter and Miley broke up just after a few months of their fling, so that’s that. By the looks of it, both Liam and Miley seemed to have moved on. He was recently seen kissing actress Maddison Brown at a party. Now, the former Disney star is also dating another celebrity. And it is Australian singer Cody Simpson. The two were supposedly friends for very long before their romance.

Judging by their PDA, they are way past that stage now. Simpson was also there for her during her recent bout of tonsillitis. The ex-Hannah Montana star’s tonsils got inflamed recently. She rested at home for a few days until her throat got worse. Unfortunately, Cyrus had to be hospitalized for treatment. Even so, the singer kept her fans updated on social media about her health. In a story posted to her Instagram, Cyrus can be seen lying on a hospital stretcher. She has an IV drip in her arm. She wrote a message to her fans on the story. Cyrus said, “I will try to heal as quickly as possible. Send me good vibes.”

“Best Friend” Cody Simpson With Her

In another update, Miley thanked her loved ones for their support during this time. In particular, she points out her mother Tish Cyrus and her new boyfriend, Cody Simpson. She calls Simpson her “best friend” in the story. Both were present with her during her hospitalization. I hope Miley makes a speedy recovery!

Tommy DeVito, Founding Member of ‘The Four Seasons’, Dies of COVID-19 Complications at 92