Evidently Miley Cyrus’s Mom Is A Pillar To Daughter’s Every Fling. Trio Spotted Having A Breakfast

It might seem that Miley Cyrus has decided to be a feminine ‘Casanova.’ After a well-proclaimed divorce and a subsequent breakup, the singer has moved on — however, this time, its another Australian hunk. Singer Cody Simpson is going on dates and lunches with Cyrus nowadays. Also, Tish Cyrus seems to be joining them on their dates too. If that isn’t a supportive mother, who is?

Singer Miley Cyrus has come a long way since her Disney days. From Nick Jonas, Dylan Sprouse to Jared Leto, the singer has dated some drool-worthy men. Further, after revealing her bisexuality, she also dated many gorgeous ladies. So when she married Liam Hemsworth in 2018, the world thought that she was finally settling down. However, it was not mean to be, and she separated from her husband in August. Subsequently, she also dated Kaitlyn Carter for a month before breaking up and leaving for a vacation in Grand Canyon. As soon as she got back, she started dating musician Cody Simpson. 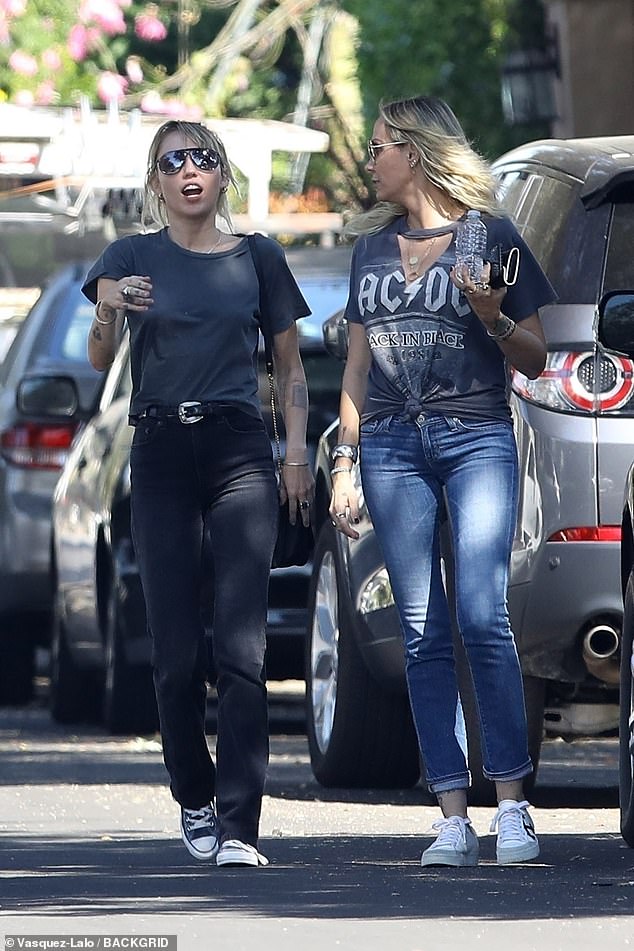 So Cody Simpson seems to be thrilled to be dating Cyrus. Further, he claimed to have fallen in love with Cyrus when he was 12 years old. He even told People’s magazine that he admires Cyrus’s passion for her career. Moreover, the two seem to be appearing in each other’s IG stories quite a lot. While Cyrus had an operation for tonsillitis, Simpson seemed to have been taking care of her. Simpson is even going to publish a song that he wrote for his lady love in hospital. These two old-time friends seem to be getting closer by the day.

While Miley embarks on her multi-partner crusade, mother Tish is always backing her up. Therefore it was not a surprise when Tish was seen having breakfast with Cody and Miley. Moreover dressed in a casual tee and jeans combo, she looked very happy for her daughter. However, this is not the first time Tish has supported her daughter. While Miley was dating Kaitlyn, Tish used to hang out with the pair in LA. Subsequently, when they broke up, Tish had taken Miley to Utah to recover from the pain. Tish Cyrus seems to be a perfect mom.

Due to Miley’s fast-paced romantic life, she is facing a lot of criticism. Hence she spoke up on twitter about her choices being her own adult decisions. Further, she added that most famous men date multiple women but never face ‘slut-shaming.’ Therefore she said she did not want to date anyone while hiding at her home. Also, she asked people to stop having double-standards while judging men and women. In conclusion, Miley seems to be enjoying her life to the most.