The former UFC champ Conor McGregor has been charged with a Section 2 assault. This is arising out of an alleged attack on victim Des Keogh in a Dublin pub. On the grounds of disclosure relating to CCTV of the incident, solicitor Michael Staines requested an adjournment. Crumlin Garda Station’s prosecutor, Garda Jason O’Carroll, agreed to the request for the duration of a few weeks.

There will be re-appearance of McGregor, of Ladycastle, Straffan, Co Kildare in court on November 1st, 2019. His single assault charge can carry a maximum prison term of six months or a €1,500 fine if convicted. Stay tuned to find more details about the Garda investigation after the alleged incident at the Marble Arch. 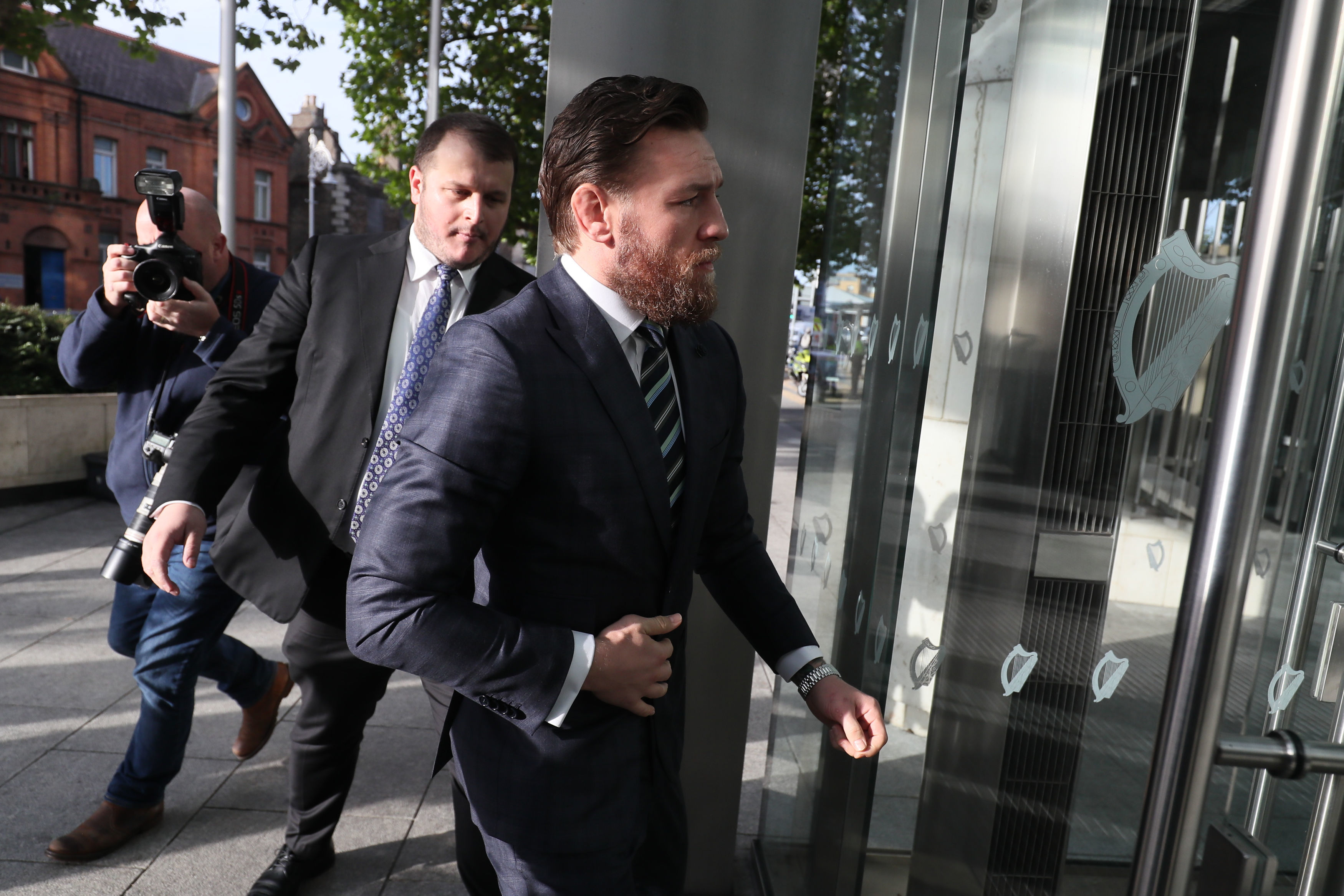 Three weeks were given to the star to decide how he will plead to his single assault charge. The former lightweight and featherweight UFC champ were not officially arrested. However, Conor was quizzed by detectives about the alleged assault. On a common assault charge, Conor McGregor was forced to appear at Dublin District Court. His offense is of a category for minor crimes that do not result in serious injury. It is marked under Section Two of the Non-Fatal Offences against the State Act. Two security men flanked the multimillionaire, while Garda claimed that the disclosure on the case is outstanding.

For a plea in the matter, the case was adjourned to November 1, 2019. The former UFC champ has been remanded on continuing bail. He had been whisked away from court in a luxury blacked-out BMW. The multimillionaire has said that he will face whatever comes his way, as far as the incident is concerned. He has also announced his retirement from martial arts publically on social media recently. However, he has been hinting that he will be reversing from that decision sometime soon.

A trial will be fixed if the professional fighter intends to contest the case. It is on November 1st that he will indicate how he will plead to the charge on that date. The father of two hasn’t fought since his defeat to Khabib Nurmagomedov in October last year.