Famous Spanish Netflix thriller La Casa De Papel-  Money Heist Is coming again. We are tempting for this news from the end of season three. The twist is going to reveal in a few months.

Money Heist 4 will be the Finale of the series

Of course, I mean if Netflix says it you should believe it. According to sources from Netflix, it is heard that there is going to be next season soon. And they were planning to release it next January. Money Heist is mostly based on Eight robbers who lead by a professor. From starting It is shown that they were trying to rob a Royal mint of Spain. But it will be revealed that they were trying to print money in the bank itself. So they will trap the bank staff and some school kids who came for an educational trip. They all will be stuck in the bank. 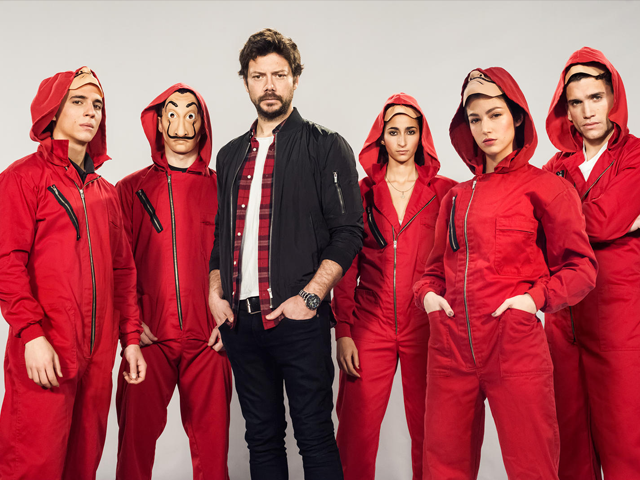 There is massive suspense in every episode which made the series hit. But the bad news is that this may be a finale. According to reports that Netflix is also trying to give the series a gift by making it as a “huge Final”. They are ready to compete with other two streaming services released this year Disney and Apple tv.

Rodrigo de la Serna Argentina actor and fellow actor in season3 told that the season four is officially finished shooting. And if he is right, it will be released in January. Sources say that the trailer will be launched grandly with all the actors and team. Series reported that they are going to be presented at Comics and Games Lucca event. Maybe  they will promote their next season too

What will be new in this season

There is a lot of suspensions left for us. High spoiler alert of people who hadn’t finished seasons yet doesn’t scroll down. Nairobi is shot; we are not sure he is alive or not. So, they will need a new technician person. As we seem differences between the gang so they will kill themselves or killed by someone for sure. Then the Lisbon failed to catch the tree and will be in police custody. A hell of a rescue operation will be there. Alivia tricked the professor by saying Lisbon got killed in which she is not. So he chose war.

Where lovebirds Tokyo and Rio shot Rocket grenades at bank door and regretted later, but some will be killed in the incident. So, everyone be prepared from December because we don’t know when they will release it suddenly.