Rappers and gangs have been known since ages to have close working relationships. Rapper Tekashi69 seems to have confessed on Tuesday about having such association. The rapper confessed to Manhattan Federal Court about being a member of Nine Trey Gangsta Bloods gang. Due to this association and other felonies, Tekashi now faces around 50 years of jail time.

Daniel Hernandez was born to Mexican and Puerto Rican parents in 1996. After the death of his father Hernandez got emotionally disturbed. So he was expelled from school and attempted various odd jobs to support his mother. At one point of time he even dealt drugs in his neighborhood. Because of his criminal activities he was sentenced to prison where he eventually met the Nine Trey Gangsta Bloods gang.? Subsequently, after finishing sentence he laughed a career in rap in 2014. His explosive raps brought him recognition on Youtube and hence he then took the street-name ‘Tekashi69‘. 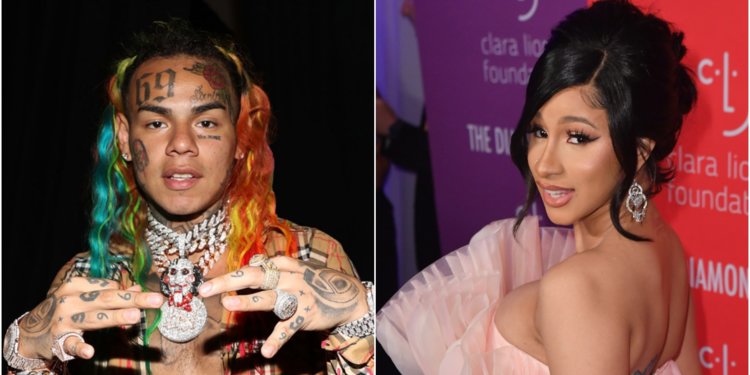 Effect of the gangsta life

Gangsta rap is a genre of music influenced by the street-gang lifestyles. Many famous rap artists have openly accepted their membership in these gangs. The gangsta rap has a bad name due to its explosive lyrics and the tendency to glorify crime, gang violence, drug abuse, rape culture, and misogyny. Likewise many early songs of Takeshi69 had to be removed from Youtube for its age-inappropriate content. He has been accused in the past of being a pedophile and using minors in sexually explicit videos. Hernandez has faced public criticism for his infamous feuds with fellow rappers on many occasions. In his ongoing trial, he has said that the gang gave him ‘protection’ and an edgy feel to his songs.

Hernandez was apprehended as a suspect in the shooting of rapper Chief Keef. This arrest was the result of his ongoing feud with Keef that culminated on Keef being shot on June 2018. Hence Hernandez pleaded guilty of ordering shooting on Keef in February 2019. During his trial on Tuesday, he revealed his involvement with the gang in front of the court. Moreover, he explained that he used to gang’s reputation to build street cred while providing financial support to the gang. He further named rappers Cardi B and Jim Jones as other members for the gang.

It seems that Hernandez might receive 47 years of imprisonment which might lessen if he continues to show cooperation. His remarks about gangs and rapper involvement has received lots of flak. Fellow rappers Meek Mill and Snoop Dogg have criticized him for snitching. In conclusion, it may be said that Hernandez might be safer inside prison than outside after his confession.