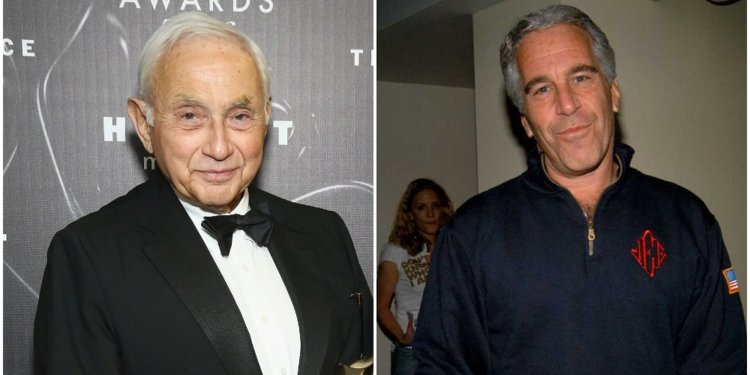 Wexner, the 81-year-old retail tycoon and head of the company that owns Victoria’s Secret, called out Jeffrey Epstein. He wrote in the letter his longtime financial adviser, “misappropriated vast sums of money” from him and his family. The vast sum is in fact vast, as he misappropriated more than $46 million. In 1991, Wexner granted Epstein power of attorney, allowing him to have sweeping control over his finances and legal matters. Epstein made more than $200 million from Wexner, according to the Journal.

Wexner wrote in his letter, “This was, frankly, a tremendous shock, even though it clearly pales in comparison to the unthinkable allegations against him now.”

Epstein reportedly used his ties to Wexner and Victoria’s Secret to lure women to hotel rooms and his New York mansion. This is when Wexner started distancing himself from Epstein. His crimes did not stop there as in 2007, allegations began surfacing in Florida that Epstein had sexually abused underage girls. Epstein in 2008 pleaded guilty to soliciting prostitution from one minor, even though the feds found 36 girls he’d potentially molested.

This saying does not describe all criminals, but it definitely describes Epstein. Even though he was sentenced 13 months in prison and was allowed out on a near-daily basis. He still has not rectified his mistakes. Epstein, 66, was arrested last month. Under the alleged sex trafficking of dozens of underage girls. These ages go as young as 14 between 2002 and 2005.

Prosecutors say he ran a sex ring. It was in many places such as in his Palm Beach and Manhattan homes. As well as an Upper East Side mansion formerly owned by Wexner. Epstein has pleaded not guilty and if convicted he faces up to 45 years in prison. He is currently in federal custody. Through this letter, Wexner clearly shows that he severed ties to Epstein ages ago. For breaking his trust as well as his illegal activities. Now Epstein faces serious charges for his crimes from 2002 to 2005.