On March 21, 150 Christian, Jewish and Muslim leaders from the Holy Land and other parts of the world called on the top leader of the Orthodox Church in Russia, Patriarch Kirill, to do everything possible to stop the war in Ukraine.

The meeting was held in front of the Russian Orthodox Church dedicated to the Holy Trinity, located in the so-called “Russian complex” in Jerusalem, said the Vatican agency Fides.

This complex is an old neighborhood built outside the Old City between 1860 and 1890 to accommodate Russian Orthodox Christians on pilgrimage. Today the buildings are used by government institutions in Israel.

Among the participants of the event are the Latin Patriarch of Jerusalem, Bishop Pierbattista Pizzaballa; the president of the Commission for Dialogue with the Holy See of the Chief Rabbinate of Israel, Rabbi Rasson Arousi; Sheikh Hassan Abu Galion of Rahat; Rabbi David Rosen; the Greek-Melkite Catholic Archbishop of Jerusalem, Yasser Ayyash; and Anglican Bishop Emeritus Suheil Dawani.

During the meeting, some of the leaders made short speeches to express their sadness “for the bloodshed and innocent pain caused by the war.”

“The life that God has given us is something holy. […] We see in the murder of these people the very murder of Jesus Christ,” said the representative of Sheikh Mowafaq Tarif, spiritual leader of the Druze in Israel.

“We must unite our voices so that world leaders wake up and end this war and these massacres,” he added.

Likewise, Rabbi Alon Goshen Gottstein asked God to sustain the faith of the Russians and Ukrainians, as well as the Church.

At the end of the meeting, a letter addressed to the Russian Patriarch Kirill and signed by the 150 religious leaders was placed on the walls of the Russian Orthodox Church.

The purpose of this symbolic gesture is to ask for your intervention to restore peace in Ukraine and end the suffering, destruction and death caused since Russia invaded the country on February 24.

According to the UN, until March 21, the military clashes have left 2,421 civilian casualties, with 925 dead, “figures that are probably much higher.”

One of the most shocking attacks occurred on March 19, when a bombardment in Mariupol destroyed an art school housing some 400 people.

The call of the religious leaders of the Holy Land joins that of Pope Francis, who on March 16 met virtually with the Russian Orthodox Patriarch Kirill, to discuss the war in Ukraine and the role of Christians and their pastors “in making everything possible so that peace prevails.”

Similarly, on March 3, the president of the Polish Episcopal Conference, Msgr. Stanislaw Gądecki, sent a letter to Russian Patriarch Kirill asking him to call on Russian President Vladimir Putin “to stop the war senseless against the Ukrainian people”, as it affects “not only soldiers but also civilians, especially women and children”.

Today is the feast of Santo Toribio de Mogrovejo, patron and model of the bishops of Latin America

Wed Mar 23 , 2022
Every March 23, the Catholic Church celebrates the feast of Santo Toribio de Mogrovejo, second Archbishop of Lima, Patron of the Latin American Episcopate, of the Archdiocese of Lima (Peru) and Mayorga (Spain). Toribio de Mogrovejo (1538-1606) is a prominent figure in the history of the evangelization of the American […] 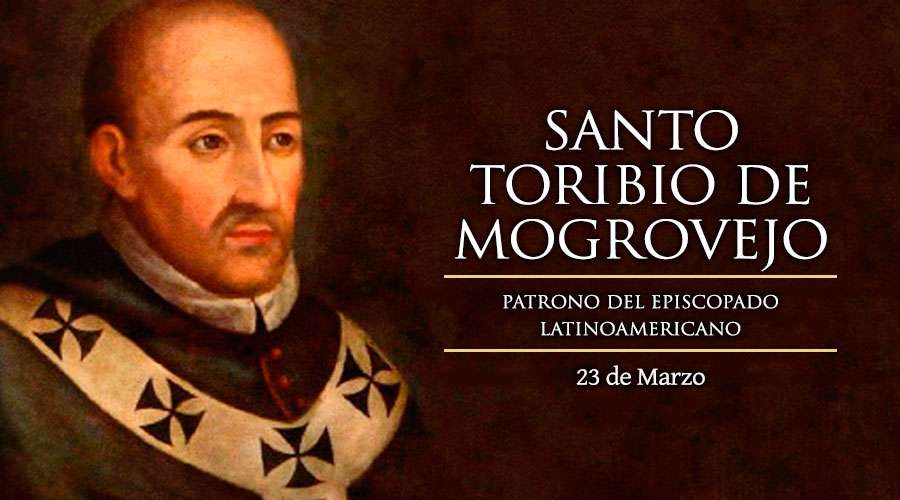