There are several phrases that Jesus never said, but that are shared as if he had pronounced them; and it is that some people mistakenly believe that since Christ did not speak or present a specific position on any particular point, it means that he actually supported it.

In this article written by Catholic blogger Angelo Stagnaro for the National Catholic Register, some phrases are revealed that Jesus never said, but that some people spread as if he had.

1. Everything is relative. You don’t have to take any of this seriously.

Actually, Jesus said in John 14:6: “I am the way, the truth, and the life; no one goes to the Father except through Me.”

2. There will come a time when new philosophies and theologies will emerge. You can ignore everything I say.

Actually, Jesus said, according to Hebrews 13:9: “Do not be seduced by various and strange doctrines. It is better to strengthen the heart with grace than with food that did nothing for those who followed that path.

3. You have the right to judge others since you really understand what I mean.

Actually Jesus said in Matthew 18:31-35: “When his companions saw what had happened, they were very sad, and went to tell their master everything that had happened. His mistress then sent for him and said: ‘Evil servant, I forgave you all that debt because you begged me. Shouldn’t you also feel sorry for your companion, just as I felt sorry for you?’ And enraged his mistress, he handed them over to the executioners until he paid all that he owed her. My heavenly Father will do the same to you, if each of you does not forgive your brother from your heart.”

4. There are many gods and I am only one of them.

In fact, as Isaiah 45:5 pointed out: “I am Yahweh, there is no other; outside of me no god exists. I have girded you, without you knowing me.

6. Follow your dreams. Your truth is more important than my truth.

7. You are a good person. There is no need to repent.

Actually, Jesus said (Luke 5:32), “I have not come to call the righteous to repentance, but sinners.”

Jesus actually said, “So if your right eye causes you to sin, gouge it out and throw it away! It is much better for you to lose a part of your body than to have your whole body thrown into hell.” (Matthew 5:29).

Actually Jesus said in the Gospel of Matthew: “When the Son of man comes in his glory accompanied by all his angels, then he will sit on his throne of glory. All nations will be gathered before him, and he will separate them one from another, as a shepherd separates the sheep from the goats. He will put the sheep on his right hand, and the goats on his left. Then the King will say to those on his right: ‘Come, blessed of my Father, receive the inheritance of the Kingdom prepared for you from the creation of the world. Because I was hungry, and you gave me food; I was thirsty, and you gave me to drink; I was a stranger, and you welcomed me; he was naked, and you clothed me; sick, and you visited me; in prison, and you came to see me.

Then the righteous will answer him, “Lord, when did we see you hungry and give you food, or thirsty and give you drink? When did we see you a stranger and welcome you, or naked and clothe you? When did we see you? saw you sick or in jail, and we went to see you?” And the King will say to them: ‘Truly I tell you that whatever you did to one of these least of my brothers, you did it to me.’ Then he will also say to those on his left: ‘Depart from me, you cursed, into the everlasting fire prepared for the Devil and his angels. Because I was hungry, and you did not give me food; I was thirsty, and you gave me nothing to drink; I was a stranger, and you did not welcome me; he was naked, and you did not clothe me; sick and in prison, and you did not visit me. Then these also will say: ‘Lord, when did we see you hungry or thirsty or a stranger or naked or sick or in prison, and did not help you?’ And he will then answer them: ‘Truly I tell you that when you failed to do it with one of these little ones, you also failed to do it with me. And these will go to eternal punishment, and the righteous to eternal life.

10. No one can judge you, but I encourage you to judge others.

Actually, Jesus said in Matthew 7:1-6, “Judge not, lest you be judged. For with the judgment with which you judge you will be judged, and with the measure with which you measure it will be measured to you. How is it that you look at the speck in your brother’s eye, and do not notice the log that is in your eye? Or how are you going to say to your brother: ‘Let me take the blade out of your eye’, when the beam is in yours? You hypocrite, first take the plank out of your eye, and then you will be able to see to take the speck out of your brother’s eye.”

11. Everyone goes to heaven! Hell does not exist!

Actually, Jesus said, according to the Gospel of Luke: “He was a rich man who dressed in purple and linen, and he celebrated splendid festivals every day. And a poor one, named Lázaro, who, lying next to his doorway, covered with sores, wanted to be fed up with what fell from the rich man’s table… but even the dogs came and licked his sores. So it came to pass that the poor man died and was carried by the angels into Abraham’s bosom. The rich man also died and was buried. Being in Hades between torments, he raised his eyes and saw Abraham in the distance, and Lazarus in his bosom. And, crying out, he said: ‘Father Abraham, have mercy on me and send Lazarus to dip the tip of his finger in water and cool my tongue, for I am tormented in this flame.’ But Abraham said to him: ‘Son, remember that you received your goods during your life and Lazarus, on the contrary, his evils; now, therefore, he is here comforted and you tormented”.

12. My message is basically secondary, prioritize what you choose.

Actually Jesus said in Luke 18:9-14: “Two men went up to the temple to pray; one Pharisee, another publican. The Pharisee, standing, prayed within himself in this way: ‘O God! I thank you that I am not like other men, rapacious, unjust, adulterers, nor like this publican. I fast twice a week, I give a tithe of all my earnings.’ The publican, on the other hand, keeping his distance, did not even dare raise his eyes to heaven, but beat his chest, saying: ‘O God! Have mercy on me, a sinner!’ I tell you that this one went down to his house justified by him and that one did not. For everyone who exalts himself will be humbled; and whoever humbles himself will be exalted.”

These audios can help live Lent

Thu Mar 3 , 2022
The Our Lady of Luján Communication Center, known as Producciones Luján, launched a radio content to live this season of Lent. With the aim of living an authentic conversion, through repentance of sins, the producer developed the material to walk during the 40 days that begin this Ash Wednesday and […] 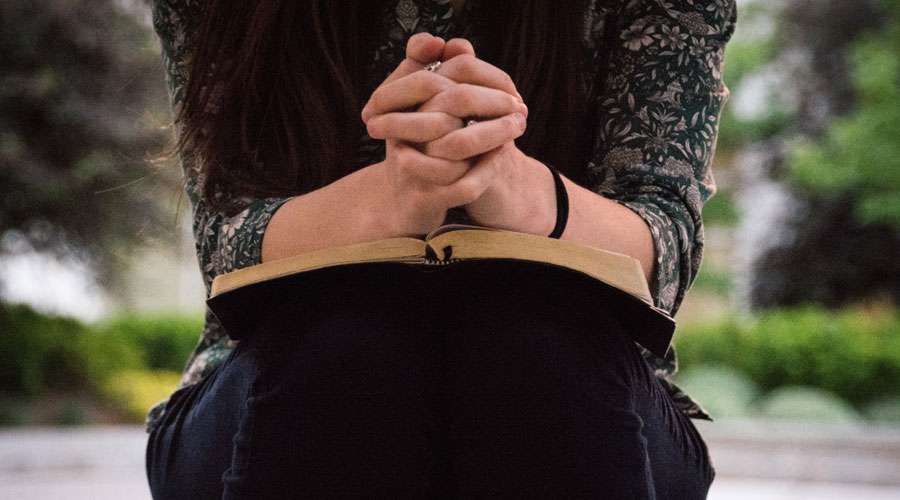